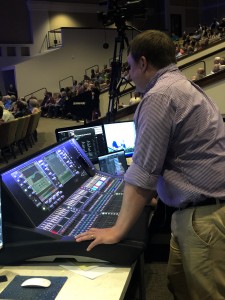 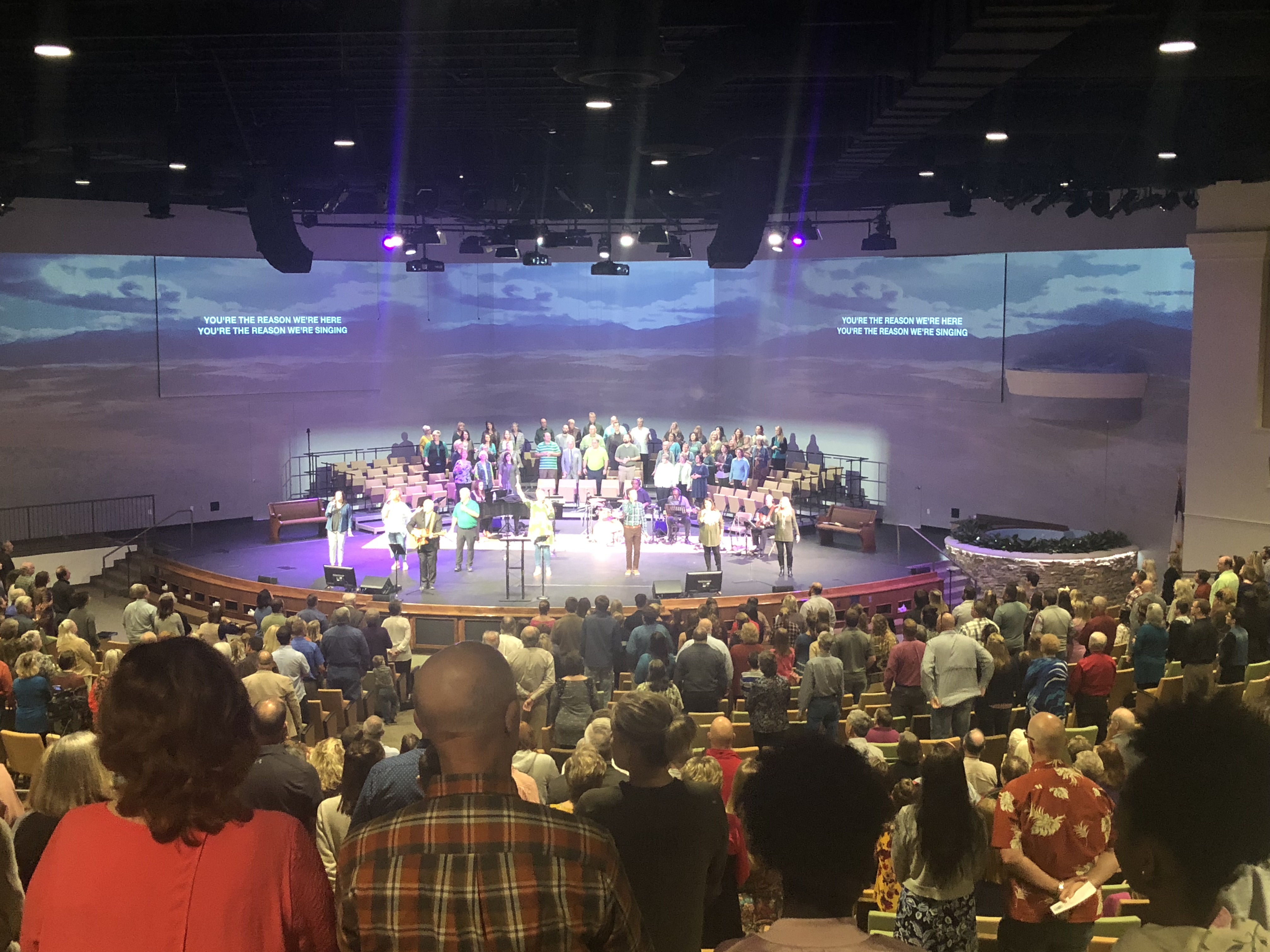 Completed in July of 2018, Flint Baptist Church’s modern, 1650-seat facility features Allen & Heath Digital Mixing Systems at FOH and broadcast and an ME-1 Personal Mixing System for its band and praise singers. The rapidly growing church, located in Flint, Texas, blends contemporary and traditional worship styles with a large choir, band and praise team leading its services. Flint Baptist’s new audio and video systems were installed by Broadcast Works of Tyler, Texas.
Wade Summerford, Flint Baptist’s Technology/Media Director says, “We’re averaging about nine new members each week and this growth is what threw us into the planning process. Then, I went to a conference last October and got to put my hands on a dLive and play with it. I saw the dLive’s flexibility and usability. I can throw a volunteer on our S7000 Surface, give them a crash course and, in five minutes, they can run it.”
A DX32 Expander receives the church’s 14 wireless mic receivers and other sources, complementing the S7000 at FOH. A DM64 MixRack, located in an anteroom next to the stage, receives wired microphones, direct boxes and other sources and connects to the S7000 via Allen & Heath gigaACE networking. An Allen & Heath SQ-6 Digital Mixer, located in the church’s video production room mixes streaming broadcast, receiving its sources from the DM64 and DX32 via gigaACE and an Allen & Heath Qu-16 digital mixer serves the choir’s practice room.
Members of Flint Baptist’s tech team use the dLive’s layers, banks and DCA Spill feature to manage the church’s many sources and add reverb and delay on selected inputs. Ceiling-mounted wedge monitors serve the choir. The band and praise team have wireless or wired in-ear monitors individually mixed on nine Allen & Heath ME-1 Personal Mixers with an ME-U 10-port hub. Summerford says, “The ME-1s are like 40-channel mixers for our worship pastor and praise team
Flint Baptist produces a Christmas program and two children’s musicals every year and plans to hold concerts with well-known Christian artists in its new worship center. Summerford commented, “I had a recording engineer who worked with Billy Graham help me dial in the EQs and we’ve received many complements about the sound quality. And, the flexibility of the Allen & Heath system is unmatched. I can literally do anything I want to with this console. And that is absolutely amazing.”

Prev:  Church Audio Visual Is No Longer a Luxury It Is a Necessity
Next: Patricia Paetow High School- Katy High School #8
All News